This blog is dedicated to sharing my every-day discoveries of how the light and beauty of Islamic spirituality can be part of a modern, well-rounded way of life.

My Journey From ‘Moderate’ Muslim to Seeker of Love 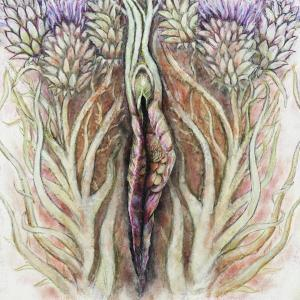 For many years starting at around the time of the 9-11 terror attacks, I referred to myself a “moderate Muslim.” I used the term on my Facebook profile and pronounced it if asked about my religious beliefs.

The label was in many ways a reactive disclaimer to popular opinion about Muslims. It meant for me that I was raised in an Arab, Islamic household in the West, I rejected extremism and was tolerant of diversity and multiculturalism. I was an approachable and modern professional who didn’t take religion too seriously. I still felt a deep connection to my inherited identity, albeit with limited critical reflection. I believed in God, fasted during Ramadan and prayed on occasion, but rarely with a deep amount of presence or the Divine at the center of my consciousness.

I suppose the label also insinuated that I wasn’t fully Muslim in the way people perceived Muslims. Becoming “fundamentalist” in following the tenets of the mainstream religion was seen as synonymous with being radicalized. So I didn’t bother.

Several years passed and life, as it does, handed me one setback to negotiate after another. Each of them, slowly but surely, pulled me further and further away from God. I was left questioning what the point of faith, and for that matter life, was at all. Then, just as I was abandoning the religion I’d known my whole life, I had my first encounter with spiritual Islam.

It was almost eight years ago, and the tender sensations that coursed through my veins still induce goose bumps. Unable to sleep, I’d been sitting on my living room floor trying to decipher how to cope with my latest misfortune and understand why I deserved it. Then, in a burst of inspiration, my perception shifted. I saw that what I’d perceived just the moment before as a disappointment was actually a blessing, for it led me to be receptive to the guidance that was unfolding within me.

In that moment of clarity, my consciousness awakened to the realization that it was futile to search outside of myself for fulfillment, because the transience of relationships to things, people and places can never offer enduring satisfaction. All at once, I became aware of being held in the arms of a Love so great it encompassed everything. The burden on my heart was replaced with an immense sense of peace. That moment changed the course of my life for it allowed me to grasp the true magnificence of my own consciousness and its ability to come in contact with the realm of Spirit.